Community Commitment
Over the past 30 years, we have been a proud and big supporter of local community groups. Kin’s is dedicated to bringing about positive changes in the areas of wellness, healthy eating, and sustainable living.

2015 Kins and the University of British Columbia Endowment Fund:
Every year a $1,650 award will be made available through an endowment established by Kin’s to a graduate student pursuing their M.Sc or PhD in Food Science with a focus on food safety, extended shelf life of produce, or produce and human health, in the Faculty of Land and Food Systems. 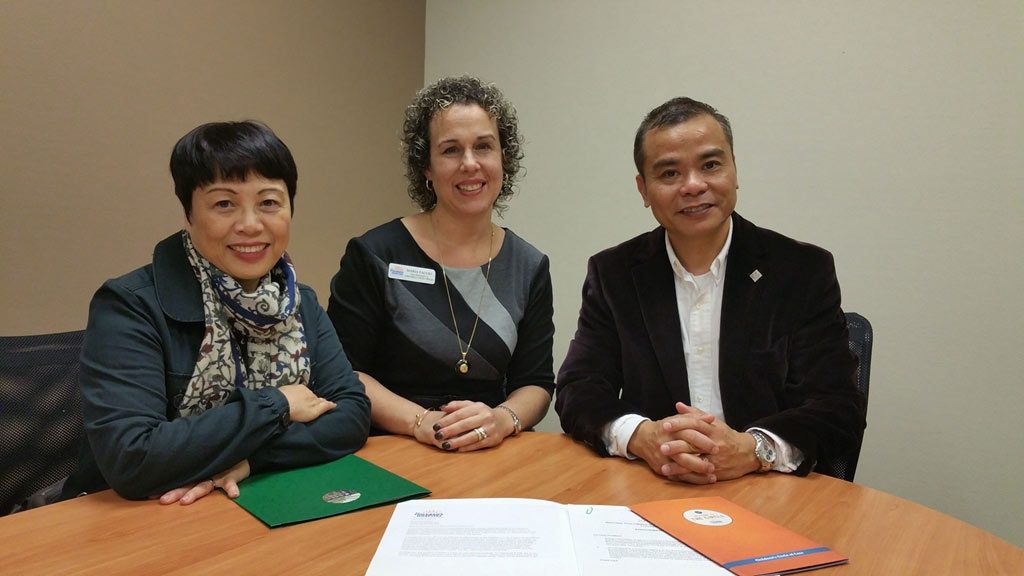 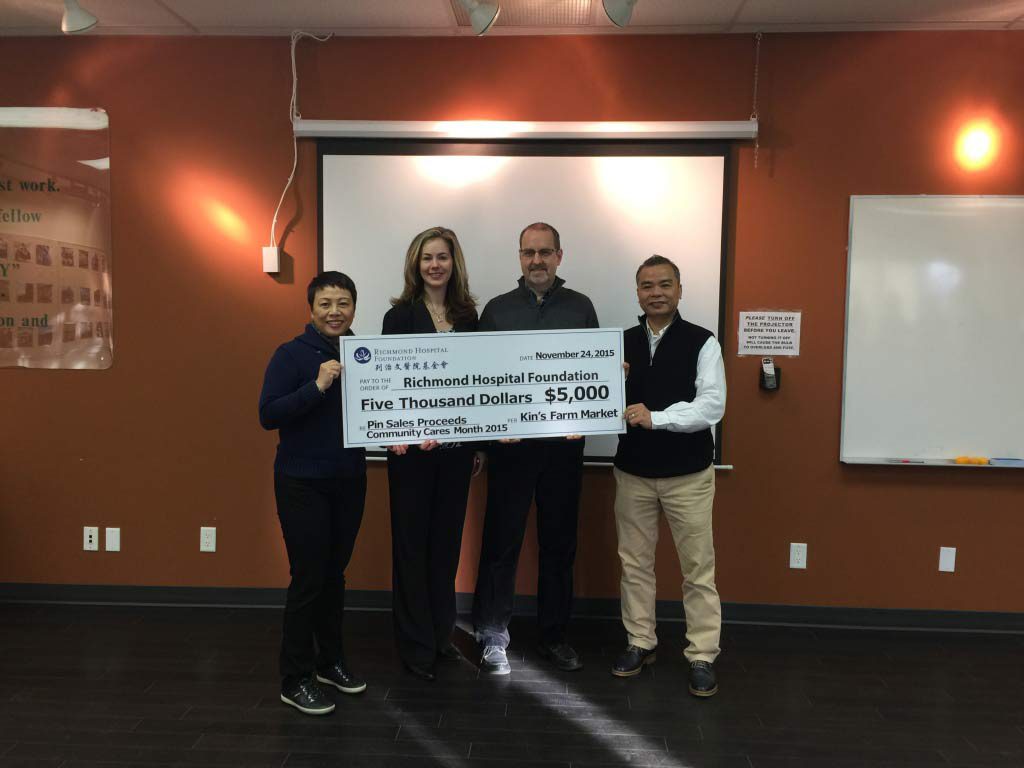 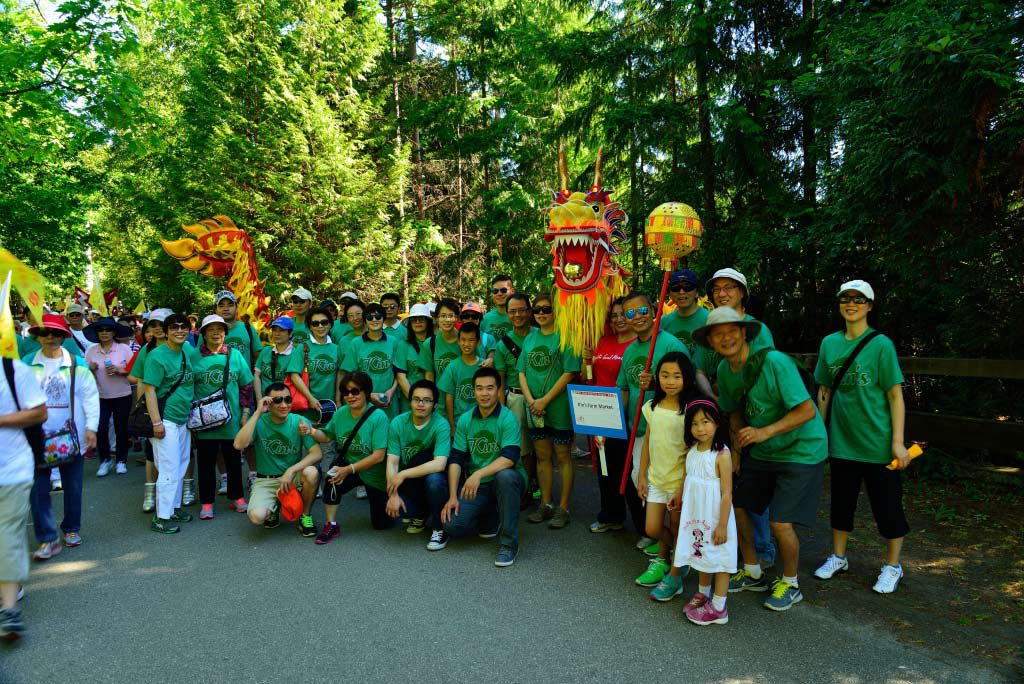 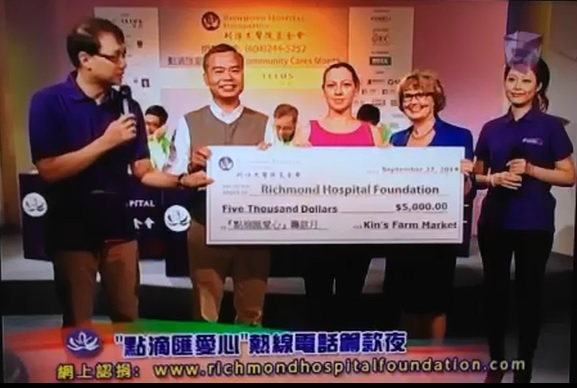 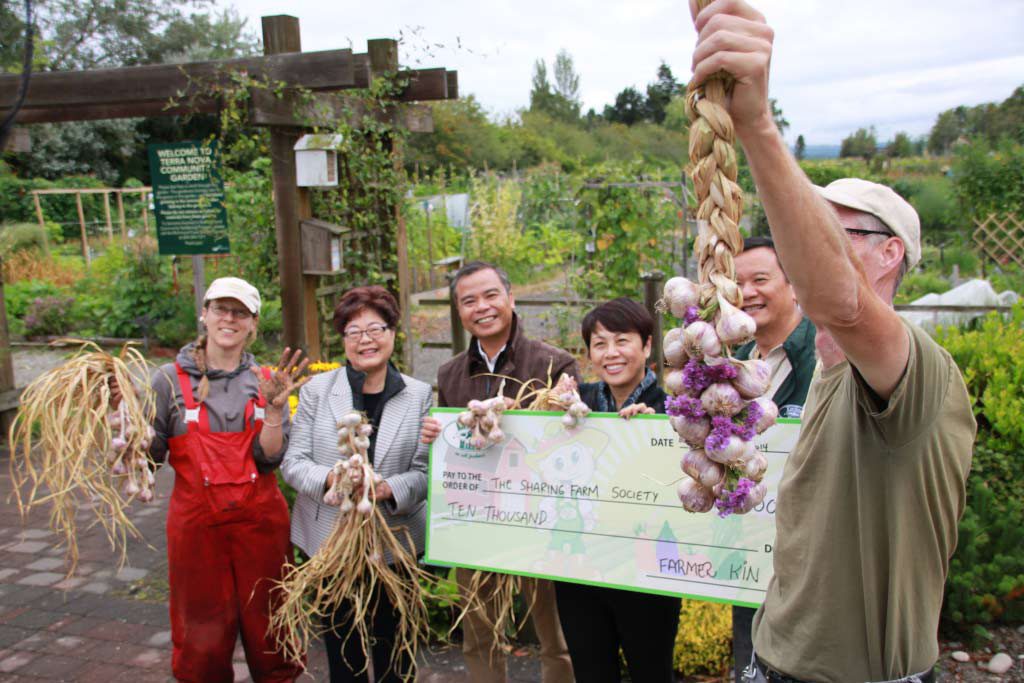 Kin’s presents a cheque of $10,000 to the Richmond Sharing Farm in support of building a new barn for storage of food to the community. 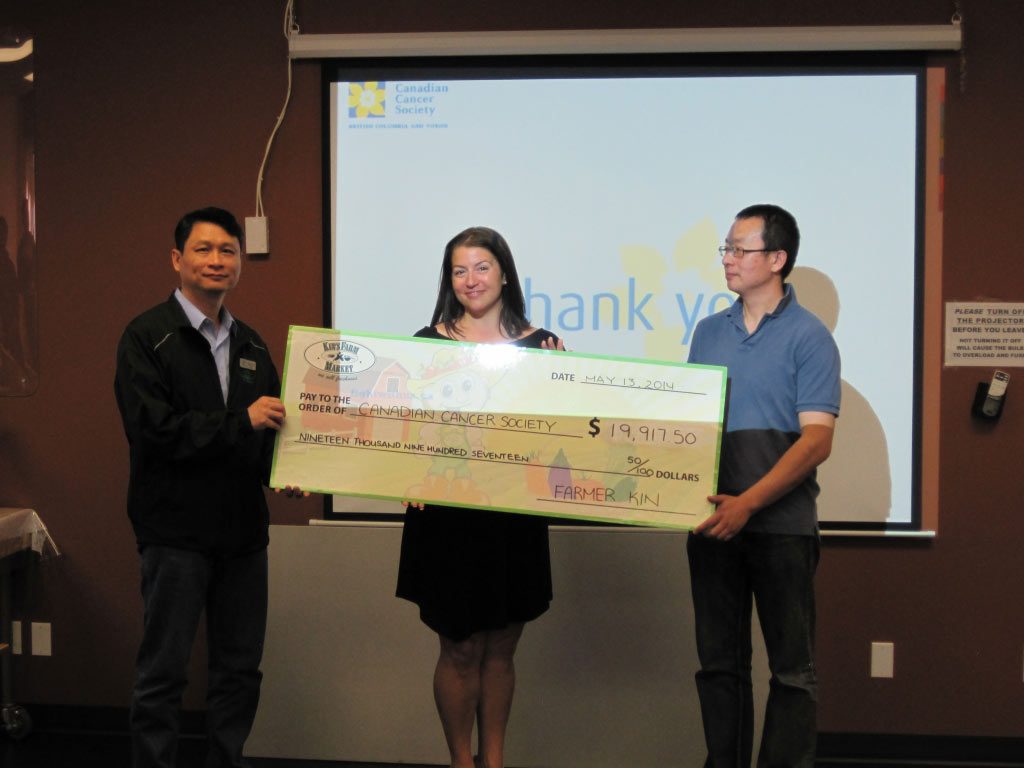 Kin’s Store Managers presented a cheque to the Canadian Cancer Society for the most recent funds raised at the stores in support of cancer research and prevention. 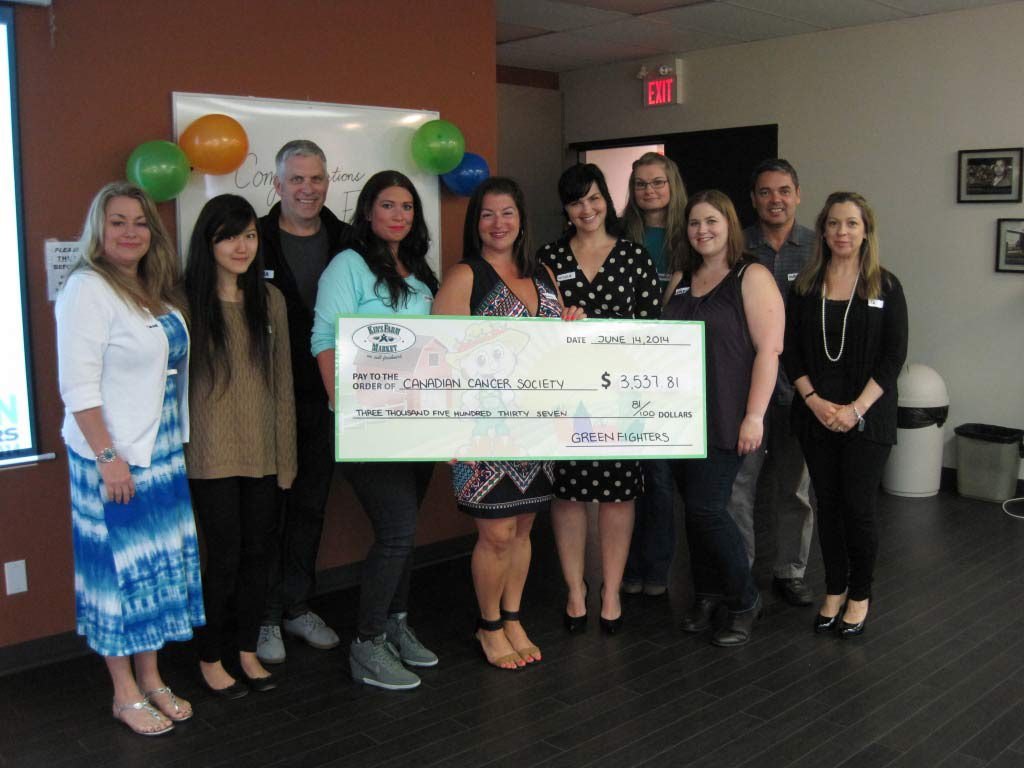 Kin’s 2014 Green Fighters presented a cheque to the Canadian Cancer Society for their funds raised during their challenges in the 2014 Greenfighter Challenges.