Retirees Chie Yau Leung and his wife Chie Wen Leung were offered a chance of a new life in “Gold Mountain” (the Chinese name for the regions of North America, including British Columbia). Sponsored by Chie Wen’s sister, the husband and wife chose to pursue a better future for their three children: Kin Wah, Kin Hun and Kin Fun. The Chinese character “kin” stands for “to build,” and build, they did.

The family had to convert all of their savings from Chinese Yuan to Hong Kong dollars in order to purchase the necessities for their relocation. Almost penniless, the family arrived in Vancouver in 1981; their air tickets purchased with money borrowed from Chie Wen’s sister. They managed to rent the attic of a house in what is now the Hastings Sunrise community. The hardworking and ambitious family immediately began to carve out their new life: Chie Yau and his youngest son Kin Hun worked as dishwashers; Kin Wah and his sister Kin Fun worked in Chinatown restaurants and matriarch Chie Wen found work as a babysitter. Soon after, they immersed themselves in learning English at Vancouver Community College. 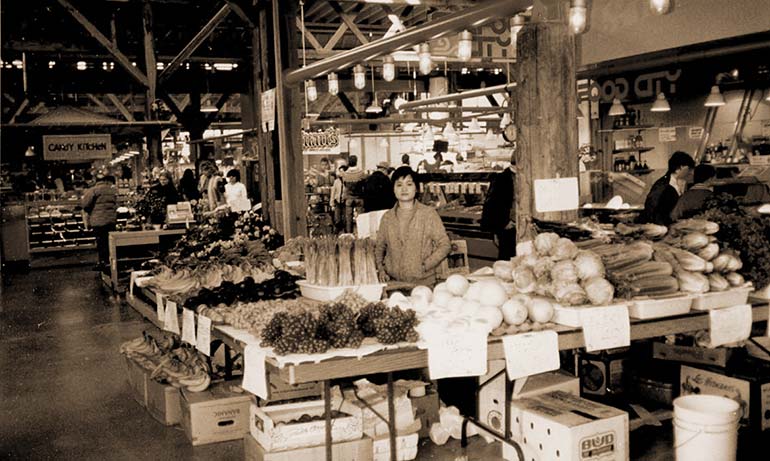 The Kin family started this business as an 8-foot-long produce table at Granville Island Market, carrying less than 20 products. It began when an acquaintance suggested to Chie Yau to start a table in the Granville Island Public Market, marking the beginning of Kin’s Farm Market. All five members of the family worked at the 8′ table at the market. They became familiar with local farmers and traveled to their farms to personally select the produce for their market table. The family’s dedication to supporting local farmers remain a priority to this day. It was at the Granville Island Market that the current Director and VP of Operations, Queenie Chu came into the picture. She was initially hired as a cashier to help out with the growing business, and is still with Kin’s to this day. 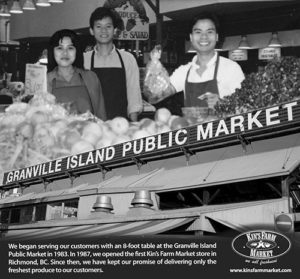 First Store Opens in Richmond, BC.

The siblings took a leap of faith and opened a brick and mortar location in Richmond in 1987. One of their first loyal customer at the store is a Chinese businessman, Mr. Wong, who was impressed with the siblings’ determination and drive. He quickly became one of their first mentors. Three years after the opening of the flagship store, the siblings attended the “Small Business” course at Vancouver Community College. The Hon. Alice Wong, MP organized the course and was their teacher at the time and later became their mentor. They met Mr. Tung Chan during the course as he was one of the lecturers for teaching financial aspects of a small business; the professor – students relationship quickly evolved into one of mentorship. After completion of the business course, the siblings decided they have gained enough insight from the successes and failures of their first store to take a calculated risk and opened store number two in Ladner in 1990.

As luck will have it, in early 2000’s, the family became acquainted with Roger Gillespie of COBS Bread when he decided to expand his company to Canada, He soon after took Kin’s under his wings and offered invaluable mentorship as Kin’s Farm Market began to emerge as the first local Green Grocer chain in British Columbia. The Leung family feels most fortunate to have crossed paths with so many gracious mentors and credits much of Kin’s Farm Market’s success to their generous support. The family models their company’s commitment of giving back to local communities as a means of paying it forward. 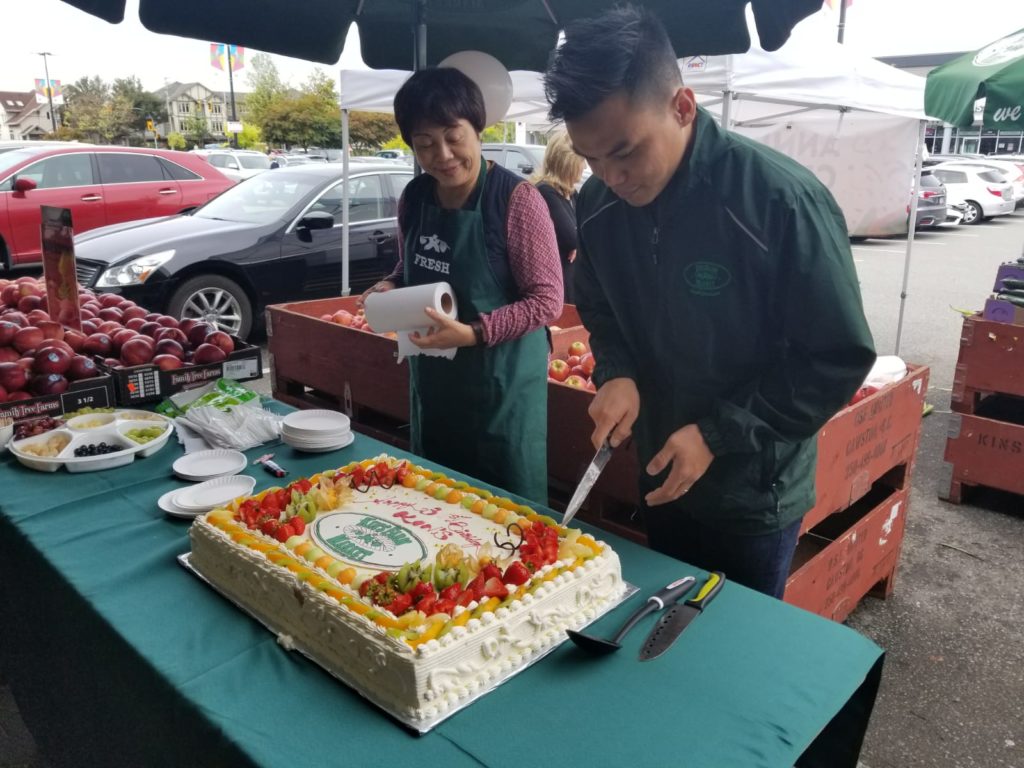 In 2017, Kin’s Farm Market had grown to 29 locations in the lower mainland. They celebrated Kin’s 30th year with friends and family, in a chain-wide event, which included cake, games, and an appearance from a celebrity chef at the original Richmond location.